The Old Paths: What about the children?

**This was originally published on Thursday, September 26, 2013, in my newspaper column, “The Old Paths,” in The Stokes News. Due to a website change a few years ago, the publishing company broke all links to our old articles which were archived online. This was a tragic mistake and resulted in the loss of thousands of newspaper articles. Little by little, I am putting my old columns on this blog so that they can be preserved. Each column is updated to reflect present times when transferred to this blog.**

Little did I know in early September 2013 when I penned a newspaper column about time healing our hurts that our county would suffer several horrendous hurts that very week. I had used the example of Sonia Luster—the 16-year-old killed in an automobile accident on her way to North Stokes High School in 2008—noting that she died the day before the Stokes Stomp, our county’s signature festival.

Sonia Luster’s mom, Dee, at the North Stokes High School graduation the year that Sonia would have graduated—wearing a shirt with a picture of Sonia graduating from an earlier grade.

Imagine my horror at the 2013 Stokes Stomp when I heard the tragic news that three other Stokes County youth had just been killed in auto accidents—one the night after I wrote my column, two others the night before the Stomp. My heart felt like lead as I was told the heartbreaking details of the wrecks that affected every high school in the county.

I had left the county fair in King on Wednesday just an hour or so before the first wreck occurred on nearby Meadowbrook Road. On Friday, I had left a prayer meeting in Walnut Cove just an hour before the second wreck; it happened on Highway 89—the very road I traveled to get home. Being so near the accidents, both in place and time, made me strangely affected, although I knew none of the victims.

Not knowing them didn’t matter anyway. Mothers lost sons those nights. I am a mother of two sons, so this was heart-wrenching to me.

What was also devastating was the fact that alcohol was involved in both accidents. One driver was of legal drinking age, the other was not. Legal or not, no one should drink and drive. Why is this a problem? And why does Stokes County have one of the highest rates of alcohol-related crashes in the state?

Years ago, I sat on a committee that had received a grant to study the high incidence of alcohol-influenced wrecks in the county. We spent hours searching for the root of the problem and how to resolve it. We even brought in teenagers to help. An initiative was launched to lower the number of these accidents.

And still they happen. Why?

There are many reasons: lack of fulfillment in people’s lives that leads to alcohol abuse, that youthful feeling of invincibility which results in the skewed thinking of “It can’t happen to me,” too little awareness of the dangers of drinking and driving, etc.

One of the age groups most affected is youth ages 16 to 25. We can argue that we are not training up our children in the way they should go, that peer pressure to consume alcohol is strong, that irresponsible adults are purchasing alcohol for underage drinkers.

But I will also argue that there aren’t enough worthwhile activities for youth in Stokes County, especially on weekend nights. If you’re in King, it’s a little better; you are near Highway 52 which will take you in a flash to Winston-Salem where there are multiple things to do, such as bowling or going to the movies. In King itself, there may not be too much to do except eat at a restaurant that stays open late. The Stokes Family YMCA is located there, but it closes at 8 p.m. Friday night and 6 p.m. on Saturday.

Late at night in Walnut Cove, you can go eat at a couple of restaurants. That’s about it. You can’t even do that in Danbury, Pine Hall, Lawsonville or Sandy Ridge.

There are those of us in Walnut Cove dedicated to helping local youth prosper through education, recreation, service, a move of God; we are lobbying for a recreational center in town. We argue that kids need a place to shoot basketball, have space for games/seminars/tutoring, watch movies, hold Christian youth rallies and functions.

There are not even any real parks for children. There is an outdoor public basketball court in the London community of Walnut Cove—not ideal late at night or in freezing weather. There is Fowler Park—a lovely place but one which has no bathrooms or playground equipment. What kid wants to just sit under the picnic shelter or walk around the short path? At Lions Park, there is some rather outdated playground equipment, but again, no bathrooms unless baseball games are going on nearby.

How do we get what we need for the youth? Community involvement is a start. We need more people to care about this issue. Most adults either have children, will have children or have/will have grandchildren who need a place for wholesome recreation in town. So you SHOULD care.

So what’s stopping us? I say we can have a place in Walnut Cove (and other towns) that will give our kids somewhere to go to do something constructive. Would you rather see your kids at the local rec center playing handball, basketball or Uno late on a Friday night or out on back roads drinking illegally and then driving around because there’s no place to go?

If you are willing to put your hand to the plow to make this happen, contact me; I will be glad to welcome you to the group that is pushing to provide something for our youth in this town. My heart is to bless the children. I know the Town of Walnut Cove needs revenue; that’s why the leaders push for businesses to come to Town. But can you imagine how blessed Walnut Cove would be if Town leaders would get behind the effort to bless the Town’s children? Revenue would follow, per God’s promise that if you seek first His Kingdom, everything else you need will be added.

We don’t need any more young people killed on our roads because alcohol was an easy answer for “What is there to do?” That “easy” answer often turns into something hard for all of us to bear. We’ve had enough of that. It’s time to redeem this next generation. Who’s up for the task? 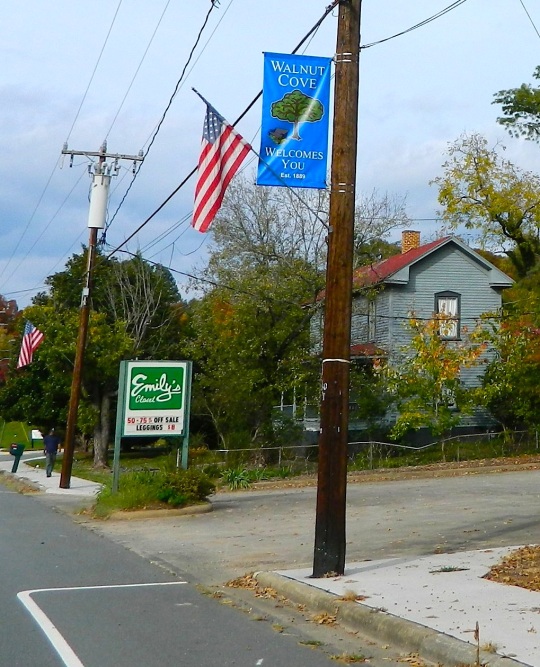 The Old Paths: Lighting the fire for learning

“They Shall Rise Up In The Land”